Josefina was the sixth doll in Pleasant Company’s lineup back in 1997 when I was sixteen and more interested in boys than dolls. I still wanted dolls, but I wouldn’t admit it. Oh, my sister and I bought the Spice Girls Barbies right about then, but as a joke. I mean, nobody expected we really liked those. The whole collection. And I found a Jonathan New Kids on the Block doll on eBay to keep them company. Again, as a joke.

While I was aware Pleasant Company was continuing to introduce characters to their lineup, I was only thoroughly familiar with their first four (Felicity being the fourth, and she was the doll I saved up to buy). When Addy was introduced in 1993, I read her first book at the library, but I was twelve and didn’t want mom and dad to think I was still a kid, so I didn’t read any more (even though that first book was good), and I stopped looking at the catalog. I hated that time.

But this isn’t a review of growing up — that would be a one star.

So Pleasant Company releases Josefina while I’m working at Claire’s, doing the most lackluster recitation of the piercing aftercare instructions. In 2000, Mattel bought out Pleasant Company and rebranded them American Girl, and redesigned the historical characters in 2014. 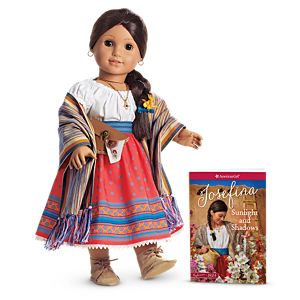 This review is for the BeForever (redesigned) version of the doll — more specifically the 2017 version where American Girl changed suppliers and upset the collectors. (I officially became a collector in 2015 when I went on a job interview and thought “Is this really what my life is? Why can’t I just play with dolls?” So I bought one.)

Two sides of me in one day. In which one do I look happier? #suit #innerchild #agjulie #mta #americangirl #america

In general, I like the redesign. Josefina’s face is more refined and cute. Unlike the other characters, Josefina’s eyebrows are sparse, but wide, every hair detailed, and often arched to make her look concerned or surprised. Mine looks inquisitive and excited. 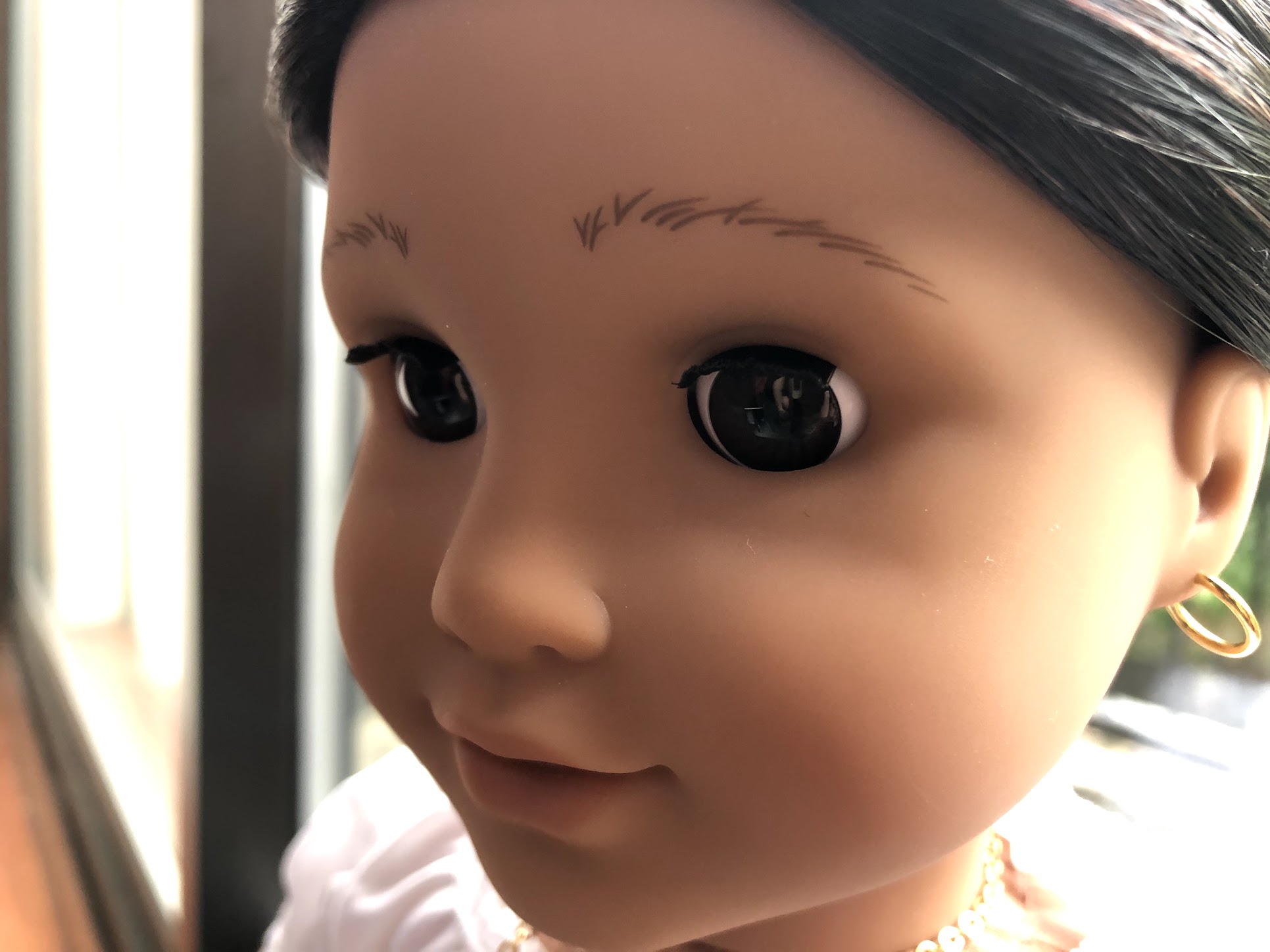 Warm, coppery highlights streaks her black hair, hard to pick up on camera, and falls about to her knees when unbraided. Because the factory first braids the hair, then cuts it in a straight line, once you take it down, that haircut is janky. I had to go in and soften it. The hair itself is silky and a bit heavy. Really satisfying to brush and style. 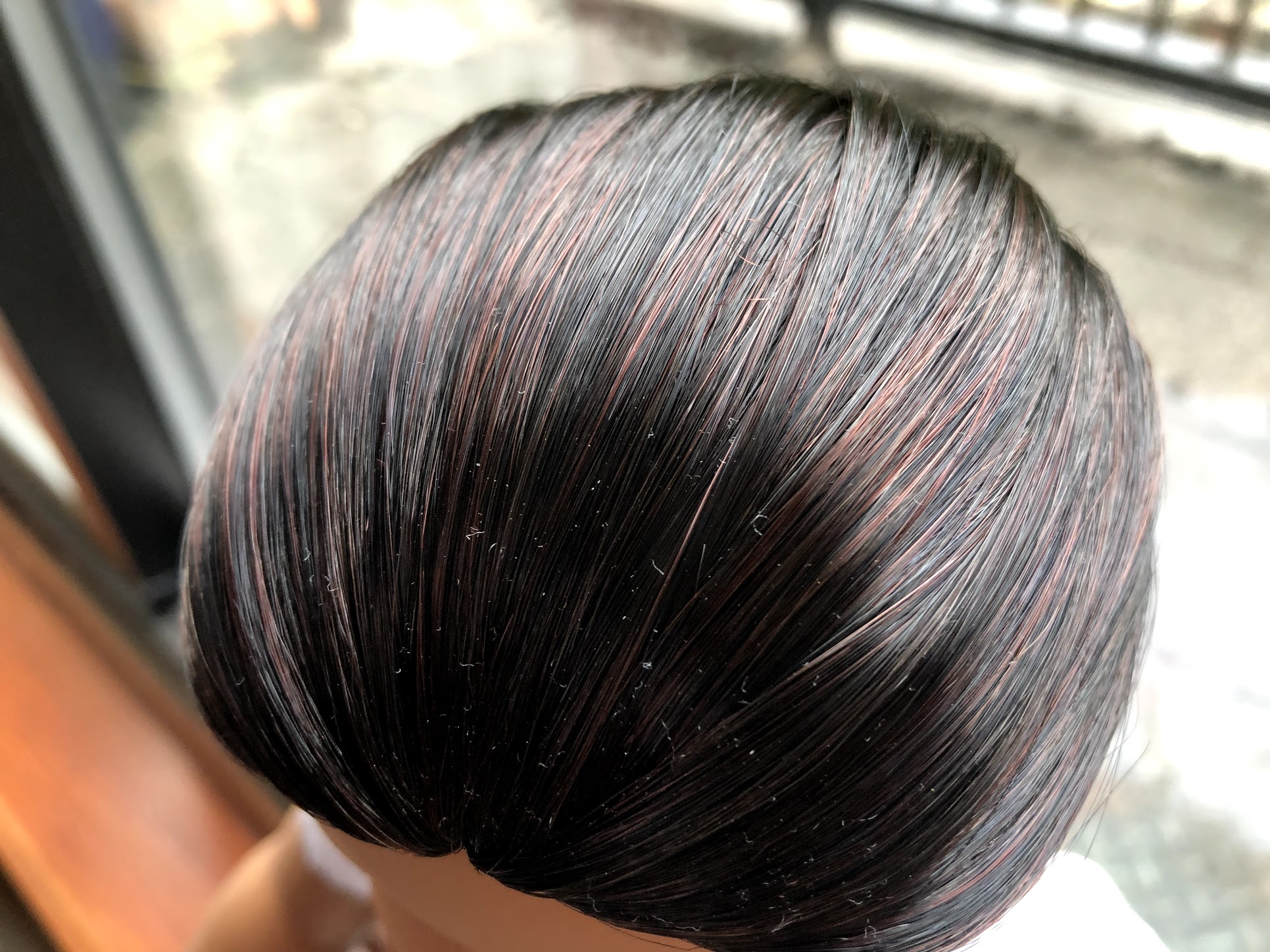 Her outfit is similar to her original one. White camisa and red skirt with flowers. This skirt is a brighter red with BRIGHT BLUE flowers, and a thick pattern around the bottom of the skirt. Bloomer-type underwear.

The shoes, though. Originally, they were made of leather, like the moccasins they’re supposed to be. Not incredibly detailed, but something on the doll’s feet to hold you over until you bought an extra outfit or shoe set. The BeForever version uses the same pattern, but in a thin faux suede fabric that smacks of being homemade. Honestly, I’m going to the craft store to buy some scrap leather and make my own version of the shoes using these as a pattern. 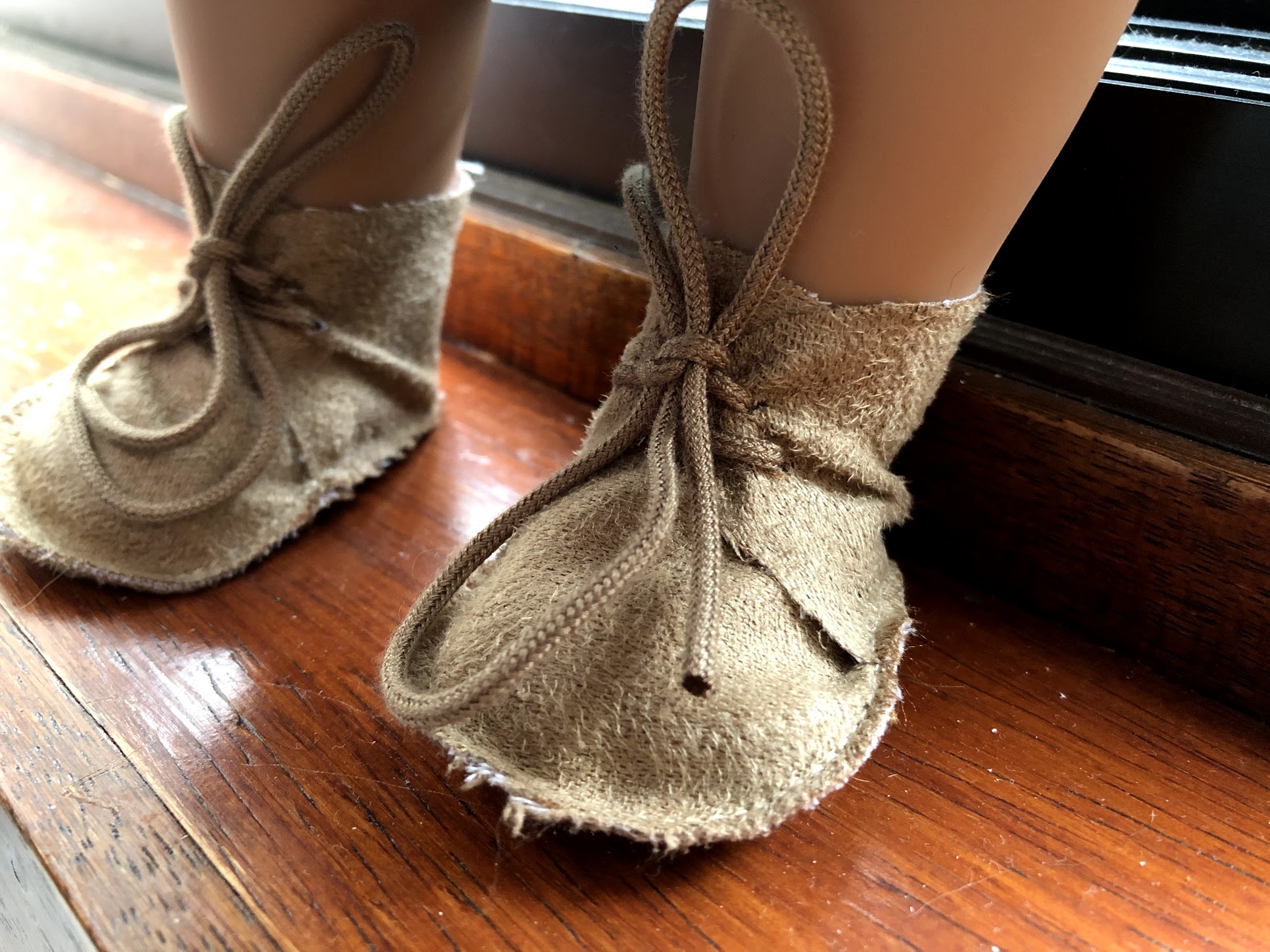 The next negative point is the eyes. Collectors complain about the new version of the eyeballs all the time, and it’s no wonder. Originally, the eyes had a soft, grey-ish white to them, an iris/pupil segment, all covered in a cornea of sorts. It’s seamless, they close all the way, and the doll generally has an alert, focused expression. The “new eyes” have WHITES with the iris/pupil set in them, and no smooth covering. You’ll feel a ridge where the parts meet. Also, when the doll is “sleeping”, the whites are still showing. While some aren’t as bad as others, these eyes tend to make the dolls look wall-eyed or downcast, not focused at all.

My Josefina’s eyes are the new type, but it took a little digging to know for sure (I felt for the ridge between the whites and the iris). American Girl might have used a transition eye in 2017 when they changed suppliers, because they aren’t as white or expressionless as the more recent ones I’ve seen. They’re even better than my Nanea’s, who I bought at the end of 2017.

My mom bought this doll for me; my sister picked her out. Ever since I started collecting, I thought it would be fun if someone I loved surprised me with a doll — when my sister and mom went to the Madison Children’s Museum Benefit Sale this year, they did it. I’d asked her to pick up a $30 Addy for me (she did), but then I got the message “Addy picked out a friend” and I was beside myself. Of course, they toyed with me for a few hours where they didn’t tell me what they bought. I ran through the entire catalog trying to Sherlock Holmes out who the character might be, and landed on two possibilities: Melody (because she was also $30) and Josefina (because I’ve mentioned wanting her to my sister). Although Melody is cute, I’ve already got 2 Sonali molds and wasn’t interested in her (the hair flip). Josefina, though…

Whatever details I nit-picked for the review, or noticed as a collector, whenever I look at this doll all I’ll really see is love from two of the people I care about the most.

American Girl has since gone back to their original supplier for the eyes and body fabric (which would have brought this review up to 5 stars). I recommend this doll, but while the stock transitions, be careful with your choice to ensure you get the right one for you — or have someone you trust (like my sister) pick one.

I replaced Josefina’s eyes to the more standard version everyone likes (and the company has now switched back to. 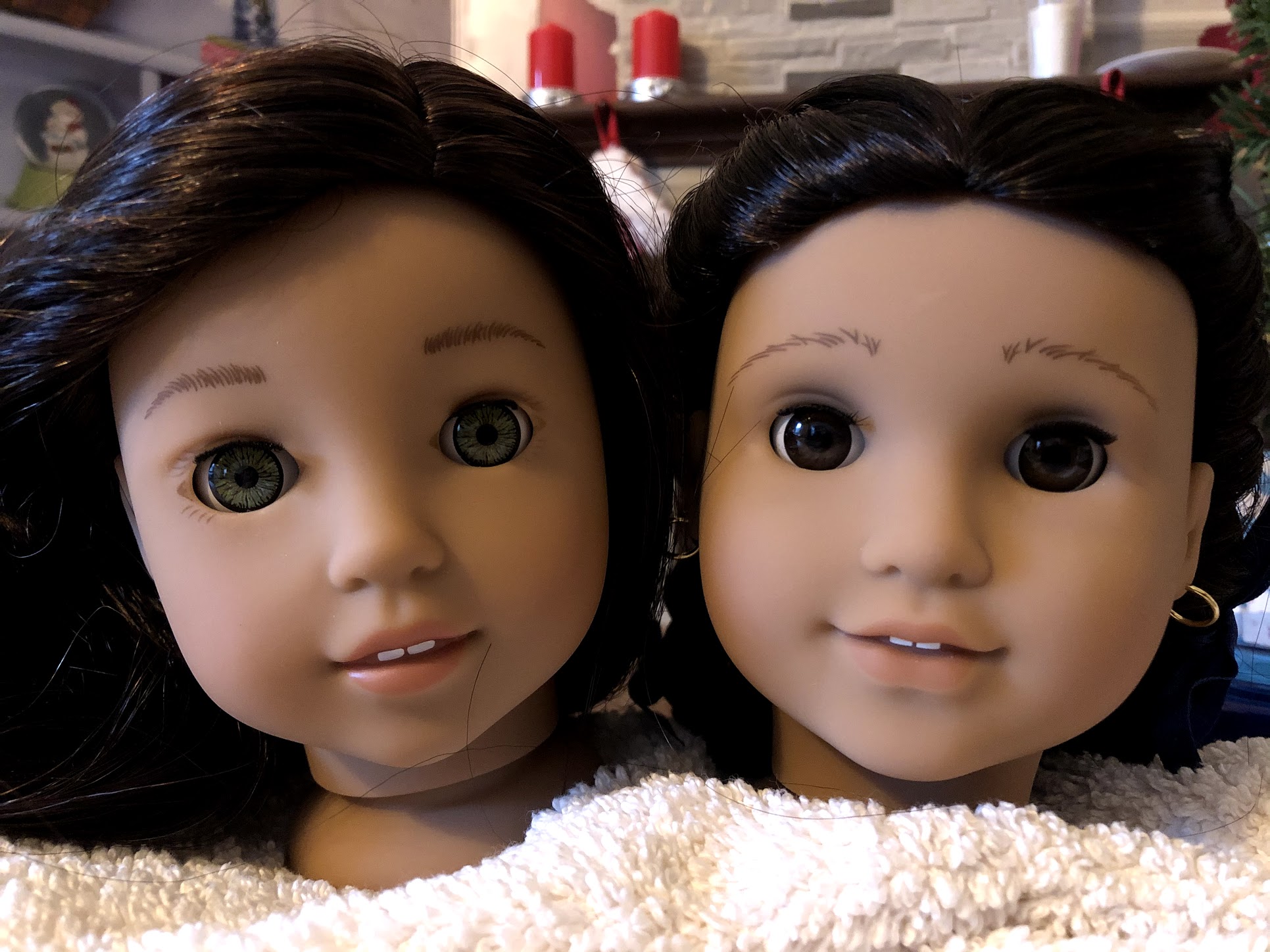 (I also replaced Nanea’s while I was at it.)

She looks so much better now, her rating went up a star. Do yourself a favor and get a doll with good eyes.